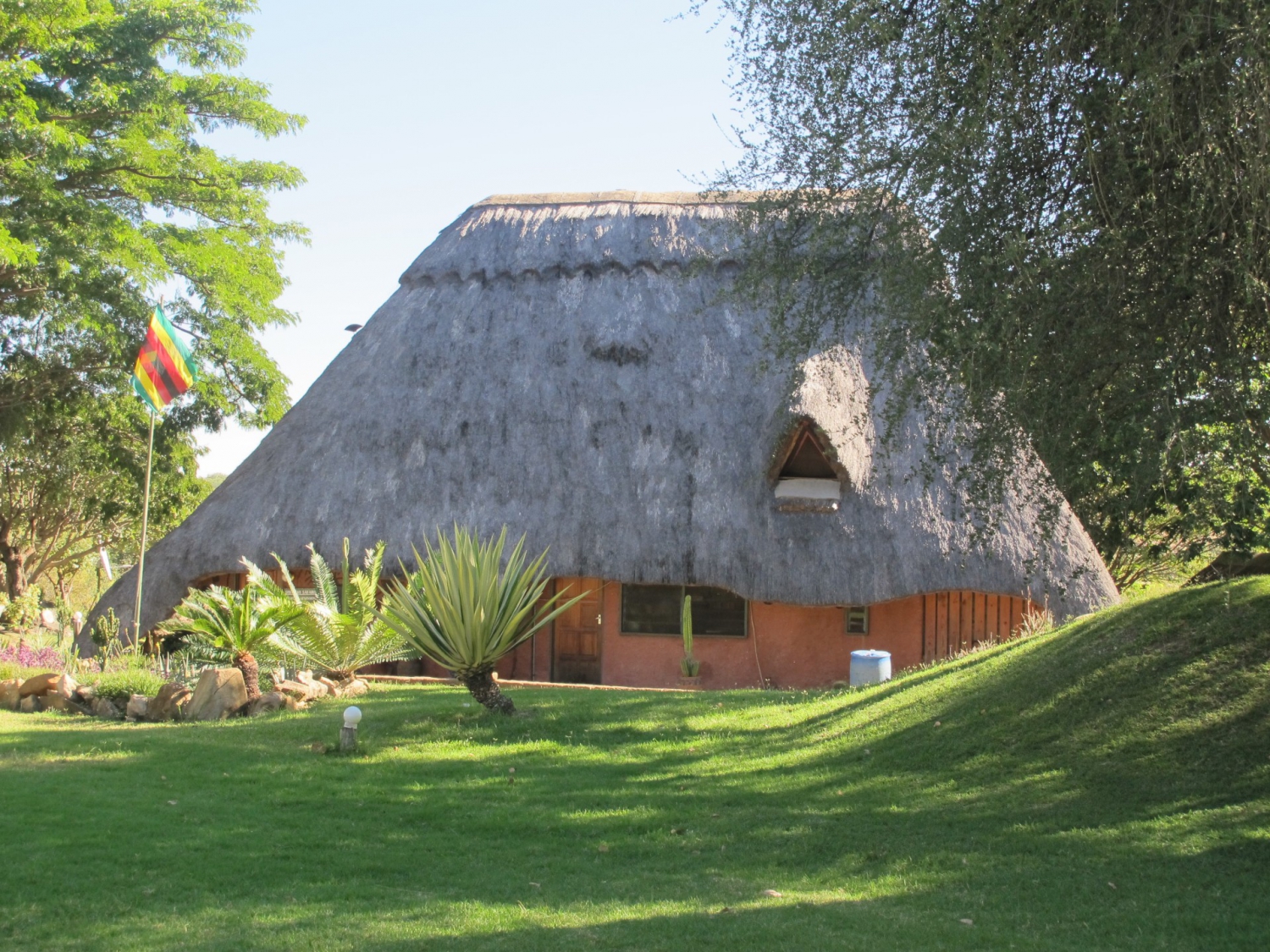 Nyangombe Lodge is a safari lodge located in the Midlands province, 42 kilometres outside Kwekwe. Formerly known as Sebakwe safaris this lodge sits on the bank of the Sebakwe River. We had the pleasure of having an overnight visit at Nyangombe recently and we were quite impressed with this hidden gem. We travelled to Kwekwe on a late Friday afternoon, boarding the City link coach travelling between Harare and Bulawayo.

We arrived around 4 pm and patiently waited for the welcoming team from the lodge.
The drive to the lodge took us past some of the city’s landmarks, and the manager gladly told us a little about the mining town. Arriving well after dark we could not tour the facility but we found the main lodge very unique, Nyangombe used to be a hunting lodge and the bar and lounge area are adorned with some hunting trophies, some taxidermied animals. Some people find this art unpleasant and offensive but one thing is certain it is proof of the wide variety of fauna which is found in the area or at least used to be found in these parts. The furnishings are basic but comfortable and the hardwood bar is gorgeous, most of the décor was rustic and very appropriate for a no-frills location. A delicious simple supper was served and we retired early. 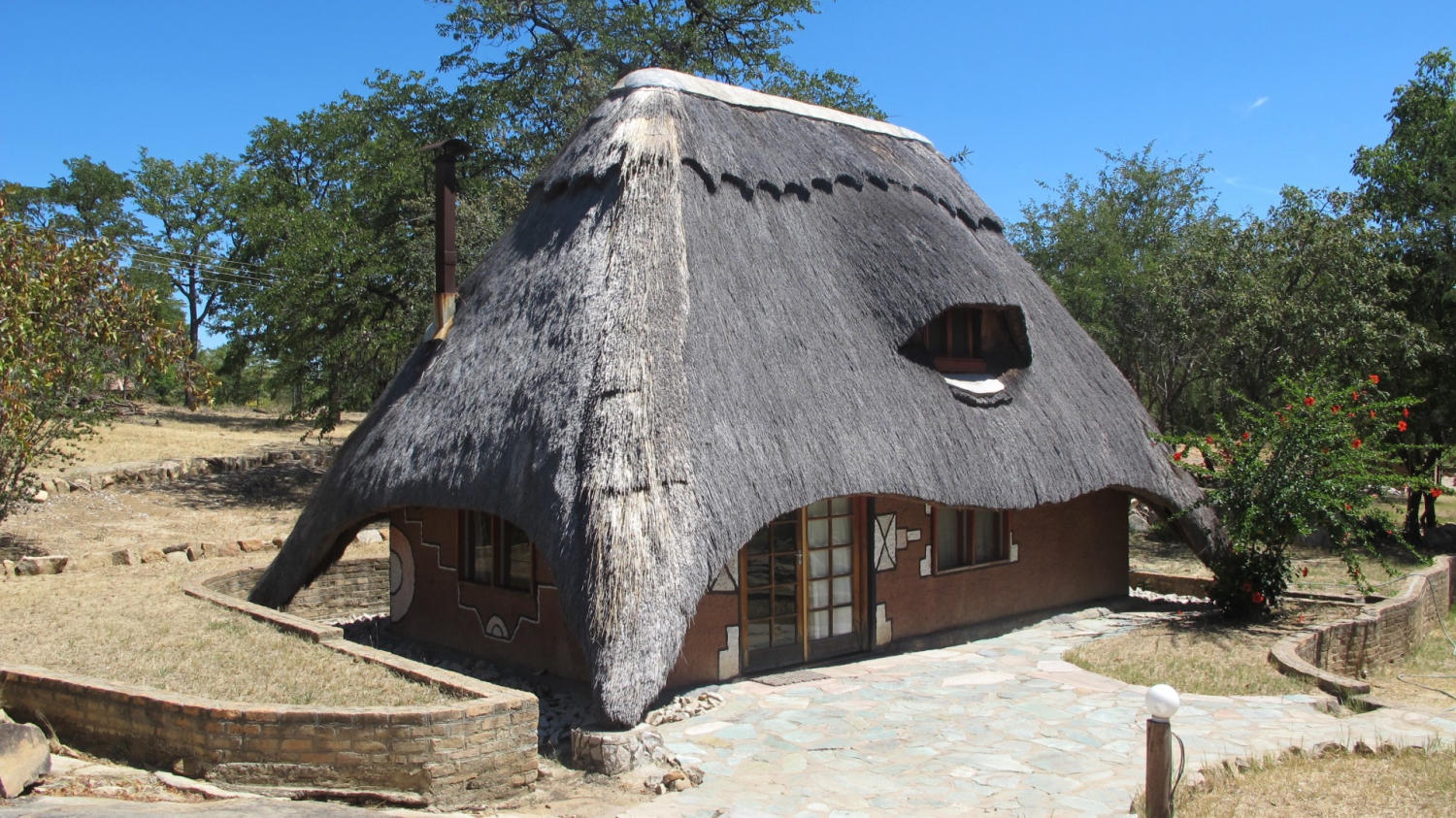 Nyangombe lodge is an intimate camp, which only has 3 lodges. It was built to accommodate families or people travelling as a group so the lodges were designed with several rooms accommodating at least 5 people. We were placed in Lodge 2, a single storey thatched chalet which comes with two sleeping quarters sharing one bathroom; a master bed on the ground floor, three single beds in the loft-like room and a cot as well. There was a small lounge which was modestly furnished and a fireplace too.
The room’s décor skilfully incorporates some old sturdy logs, animal print curtains, and yesteryear artwork on the walls giving a very old school feel.


Nyangombe is located deep within an 85000 hectare Black Rhino Conservancy so cell coverage was poor (particularly for Econet) and there was no wifi connection. So tired from our travels we refreshed and with nothing else to do slipped into bed. The lodge is very close to the river so sounds of the river filled the night air. I curiously wondered how the sound came about, it sounded like a gurgling stream or water crashing over some rocks, a thought that I pondered as I looked forward to seeing all of it in the morning, then I eventually drifted off. 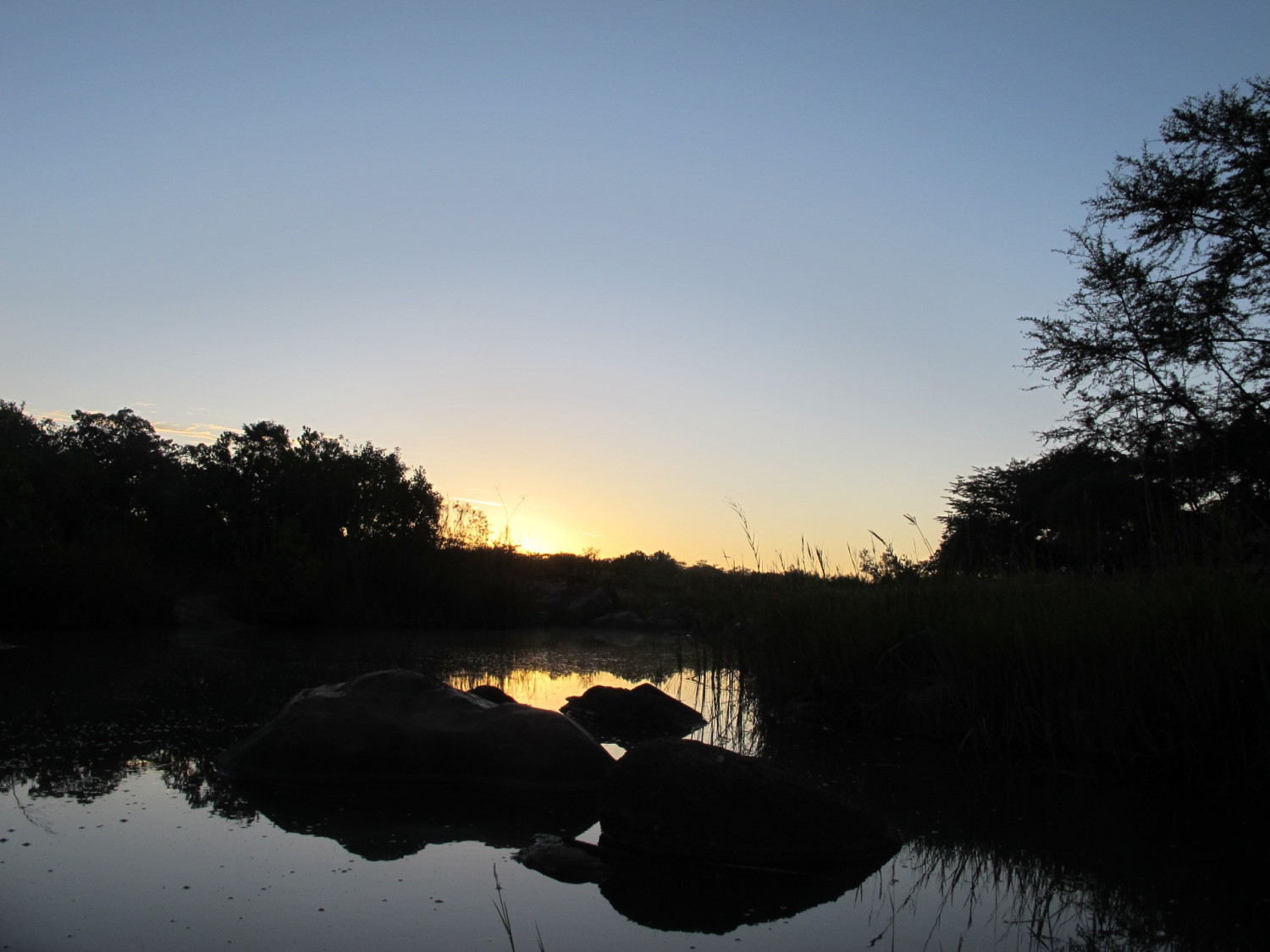 The next morning I was so tired my phone's alarm was not much help rousing me from my comfortable slumber, I slept like a baby. Nyangombe is truly peaceful and I woke up after 7 am. My colleague had stepped out to take a quick look around and get some pictures of the sunrise. We washed up and headed out for the safari walk. Temperatures were rather high for an April morning but were chirpy and optimistic about spotting one or two animals. Our guide took us on a 45-minute walk of the game reserve. The young guide explained about the vegetation profile which is mixed, with mostly Mopane and Acacia trees and grassland. He explained that the type of animals we would come across would be determined by the vegetation. 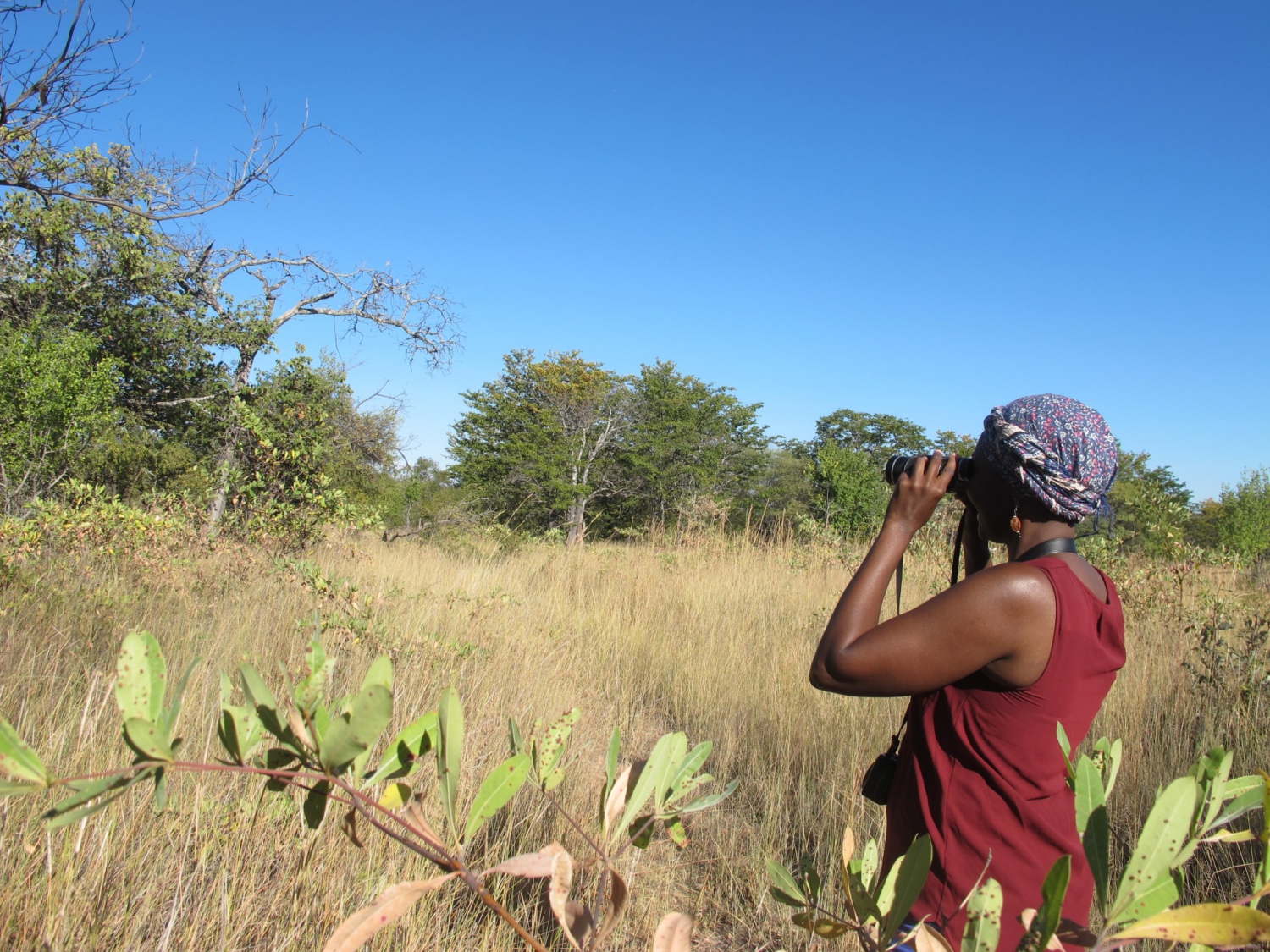 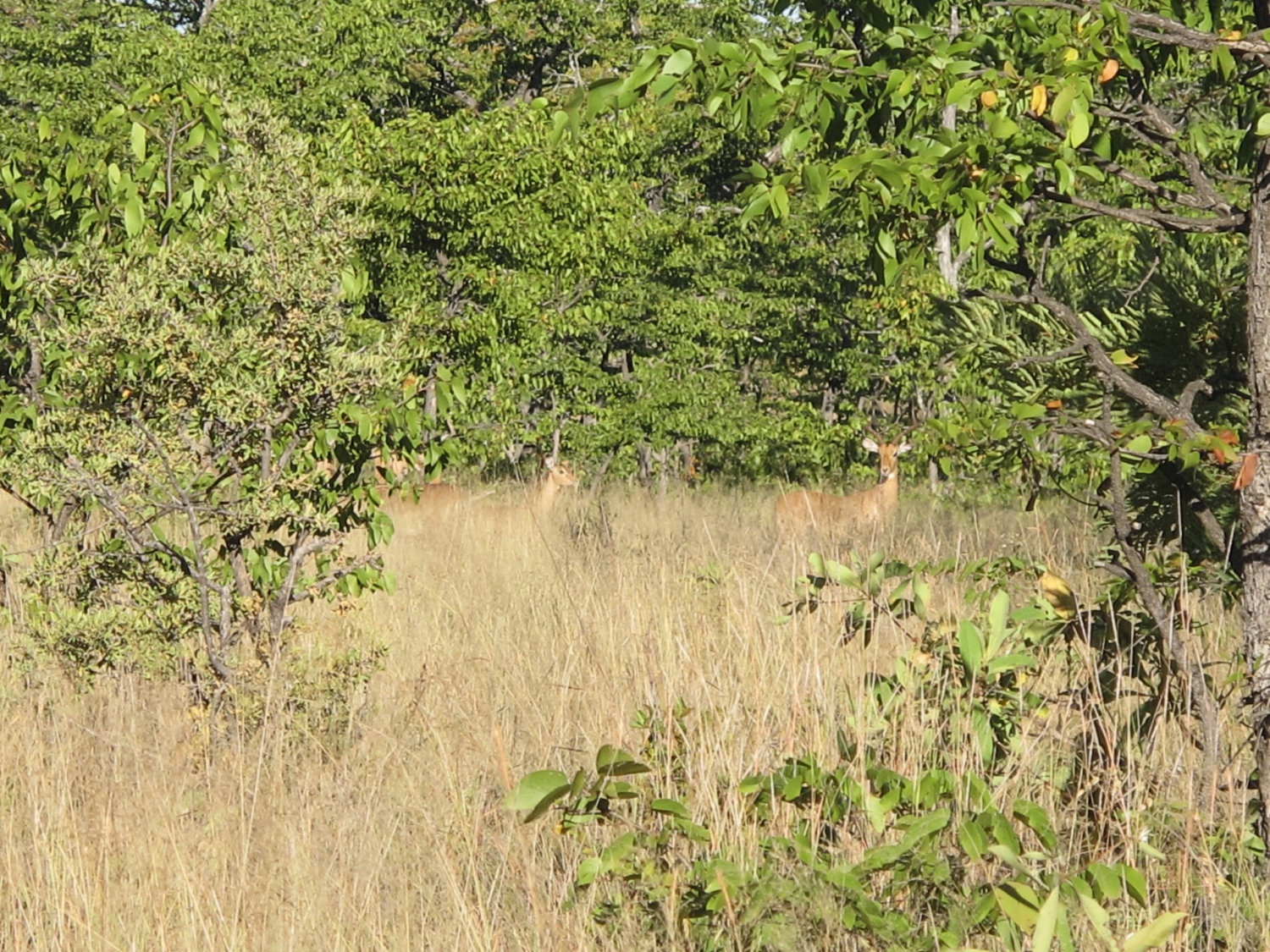 We spotted some baboons, zebra and giraffes and lots of impalas. We were told the best birding site in the area was the small Dam called Shorai but we did not venture that far and we were content to get back to the lodge to see the river. The dam site is open to guests for some river bank fishing. There was no expert around but it was clear how the water levels have dropped over the years and some mini rock islands have emerged giving a great vantage point to see the lodge, a truly beautiful site. We loved the well-trimmed garden, the picnic area, and barbeque spot looking onto the water some deck chairs by the pool, it was all very charming.


We were the only guests in camp and the reception and service from the staff was warm. We were offered a cooked breakfast, a serving of fresh tomato, eggs, bacon, sausages and beans which was delicious well prepared and for me followed by a cup of rich Tanganda tea I was well sated. 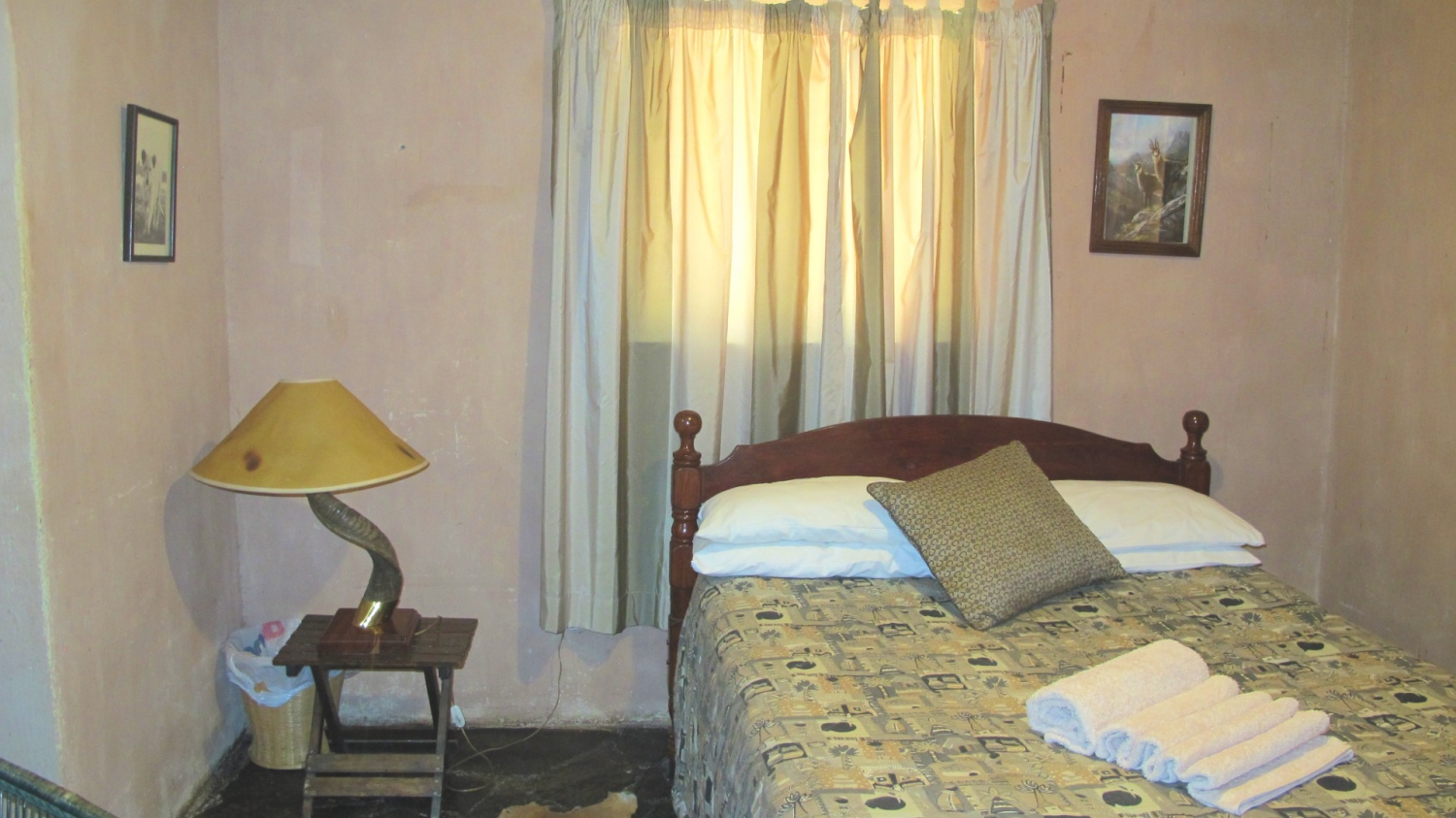 We had a tour of the rest of the lodge as we were shown the other chalets and we freely explored the garden and the small conference area. We had the freedom to take many pictures and then spent the rest of the morning at leisure. We said our goodbyes after midday as we were transferred back to town to catch the bus back to Harare. 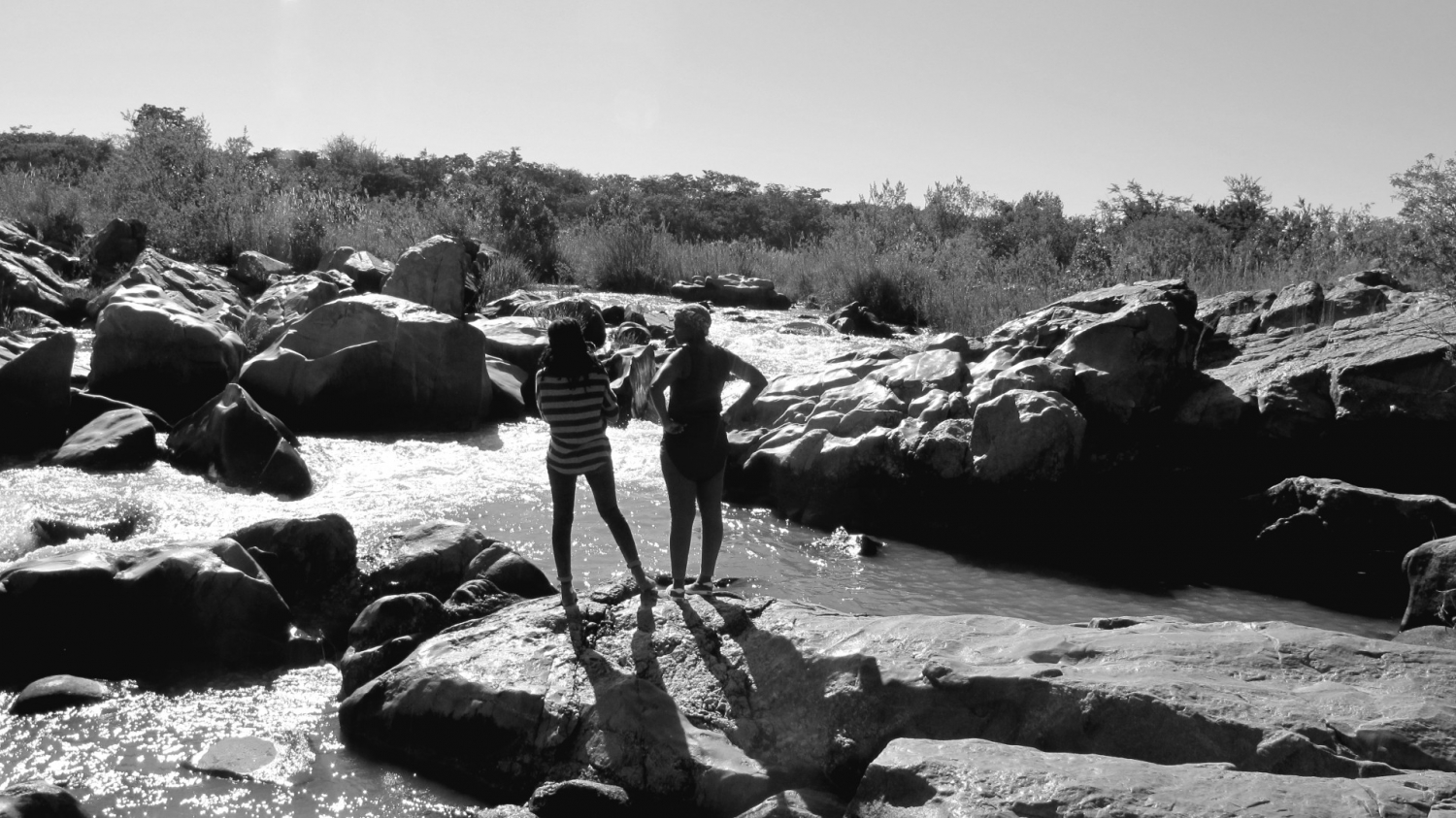