Search for a company in Zimbabwe
Advertisment

Support and protect our wildlife in Kariba

KAWFT was formed on the 2nd July 2010 by a few Kariba residents for the purpose of raising funds and awareness on treating and helping injured or distressed wild life in the Kariba area, mainly injured from wounds caused by snares etc. – Poaching.

DARTING/DANGEROUS DRUGS LICENCE
With donations of funds from the concerned public, a local resident was put through a darting course and passed with flying colours which enabled him to have a 5 year DDL/Dangerous Drugs Licence . A Dart Gun and back up equipment was purchased. This reduced the cost and more importantly the time taken to tend to Wild Animals as Kariba does not have a resident Wild life Vet.
Our first resident darter did a tremendous amount of amazing work with us on Wildlife during his 5 year licensed time.
In February 2016 he again went on the required refresher course, sponsored by KAWFT. Again passing, enabling the renewal of his DDL licence. Sadly due to the economic situation that prevails in Zim at this time, he has had to take a job outside Harare but will still avails himself for work on our Wildlife in this area
We then raised funds for another Resident who is very proficient in the bush and in Februay 2017 he also passed the intensive and esteemed Dangerous Drugs Course that is run in Zimbabwe at Malilangwe.

In August 2013 we again sponsored 2 Vets,Dr Makamba and Dr Nyati, to go on the Dangerous Drugs course for Wildlife, that the University was running for Vets only. They thoroughly enjoyed the course and the brilliant team from South Africa that were lecturing and the practical’s. They successfully completed the course.
Although we have the local resident mentioned above that KAWFT sponsored, there are times when he is out of Kariba or is tending to wildlife elsewhere in the area and if an emergency comes up we should now have at least 1 of the 3 on hand, that are licensed to use Dangerous Drugs. This also helps broaden the amount of qualified people that can be called on by other various organizations to help in other various Wild life situations in Zimbabwe.

DAILY SNARE PATROLS
In conjunction with Parks & Wildlife we began an anti snaring patrol in mid 2011 to combat the ever increasing numbers of animals reported to be carrying snares.
The anti snare patrol which includes a ZPAWA Ranger, operates 5 days a week for 6 hours. Hydration packs and tools to carry out their work are issued daily. GPS’s are a very important part of this as info is down loaded daily onto google earth and we now have a very good idea of the hot spots and are able to see where the Patrol team is, down to the last second on their patrols.


The first year - 2011 - was horrific and carcasses were found weekly and up to 76 snares found on a daily basis.
From mid June 2012 to mid October 2012 a total of 921 snares were recovered. This averages out to 184 snares per month or 10 per day.
From June 2012 no carcasses under 4 months old were found
These figures showed a HUGE drop compared to 2011

Compared to 70 odd per DAY when we first began in 2011, by continuous removal of the snares we keep them at a manageable level
This is an extremely positive step forward as we work to keep our Wildlife safe and thriving.
This is showing in a definite increase in the amount of wildlife back in the area along with herd, prides etc growing in numbers again.

The attitude of people in general has and is changing as respect and concern for our Wildlife and environment grows.

Treatment of Wildlife:
Since our inception, we have treated many animals (Hyena, Elephant, Buffalo, Lion, Wild Pig, Zebra etc. even a Mongoose), darting, removing snares and/or administering medication and sadly euthanasia where there was simply no other choice.

BUFFALO – ANTELOPE ISLAND
On the 26th May 2011 with Parks & Wildlife help and approval KAWFT began a feeding station on Antelope Island for the small resident buffalo herd that were starving due to fluctuation of water levels.
Concentrates and Hay are taken out on a daily basis. ( this is necessary as the baboons,hippo herd and occasional visiting elephant get to eat most of the food if left in large quantities.) 2011 and 2012 saw a few losses due to starvation but this is now in check as the feeding starts in May/June. Feeding continues up to the start of the rainy season.

Towards the end of 2015, due to the low water level the Buffalo herd managed to move off the island and put hooves on mainland after over 6 years confinement on the island.
This was a happy moment as they need a good change in diet, new blood and a good run !!. We still monitor them and keep a head count

We work closely with Zim Parks and Zimbabwe Republic Police Minerals Border Control Unit, assisting where we are able, in follow ups on poaching, human wildlife conflict, moving of patrols on land or water and many other areas where assistance is required.

There have been great achievements and this has only been possible due to the continued, enormous support in various forms that we receive from the Public and Businesses who fundraise and donate in cash or kind.
We hope that with further support to cover our current daily costs that we may then look at a second anti snare patrol team in conjunction with Parks and Wildlife Authority, to cover areas we are presently unable to cover. 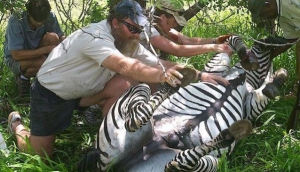 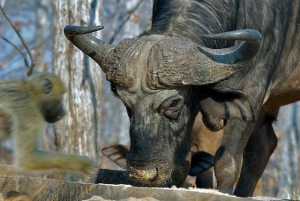 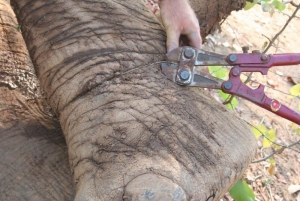 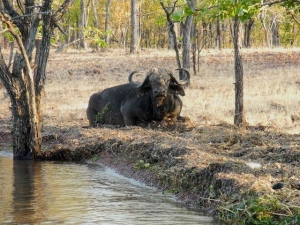 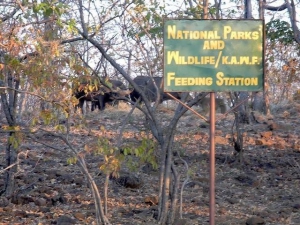 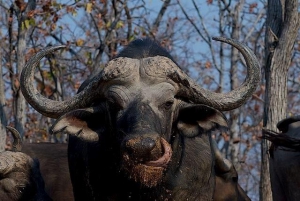 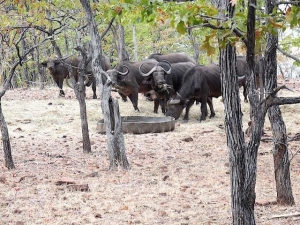 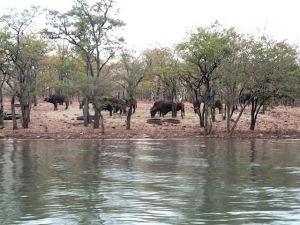 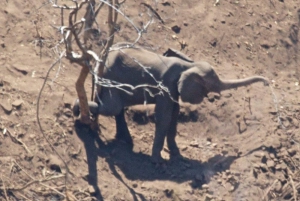 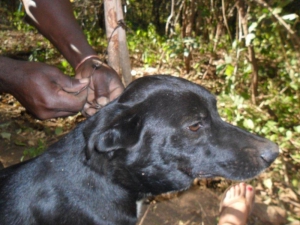 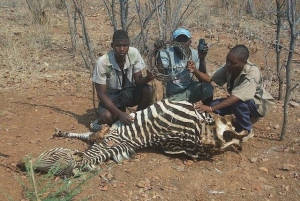 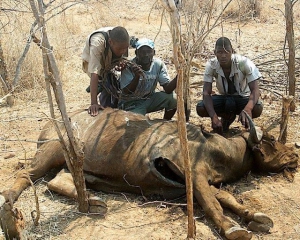 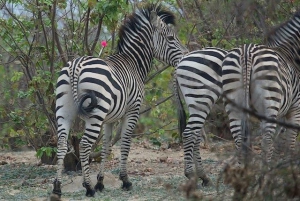 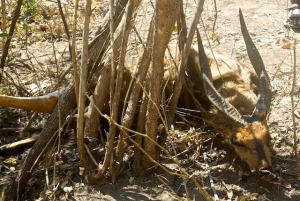 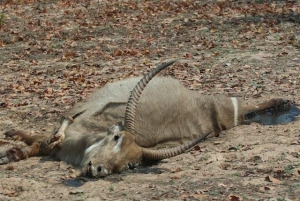 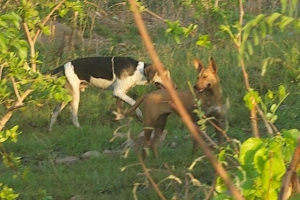 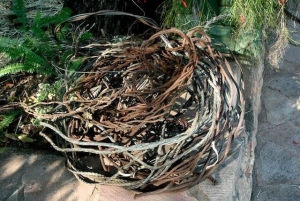 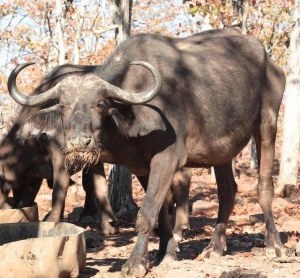 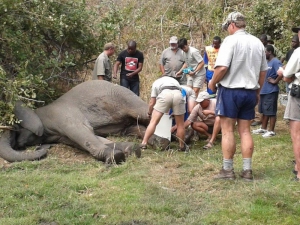