Our Visit To Matopo National Park

Zimbabwe
It was 5 pm and we were headed toward the Whovi Wild Area exit and back to the campsite, we were to sleep in. Whovi is part of the Matopo Hills National Park in Zimbabwe’s Matebeleland province. There, in a slashed fire-break with the golds of those perfect last hours of daylight flashing liquid-white on their black backs were a calf and cow. White rhino. Casey who had spotted the pair laughed, “well here we go again, more of that picture book stuff”.

The Matobo Hills are indeed like something out of a fairytale. Stand anywhere in the Matobo National Park complex and for as far as the eye (naked or aided by binos) can see are the 3 000 million-year-old sun-lit granite domes and balancing rock formations rising out of the earth. It’s other-worldly. The grey-blue-okra-greens of the lichens that cling to the rock face add an extra dusting of magic. Even I, the bang-average C-grade art student who hasn’t handled a set of paints since I was 16, felt a deep compulsion to attempt to paint the landscape. 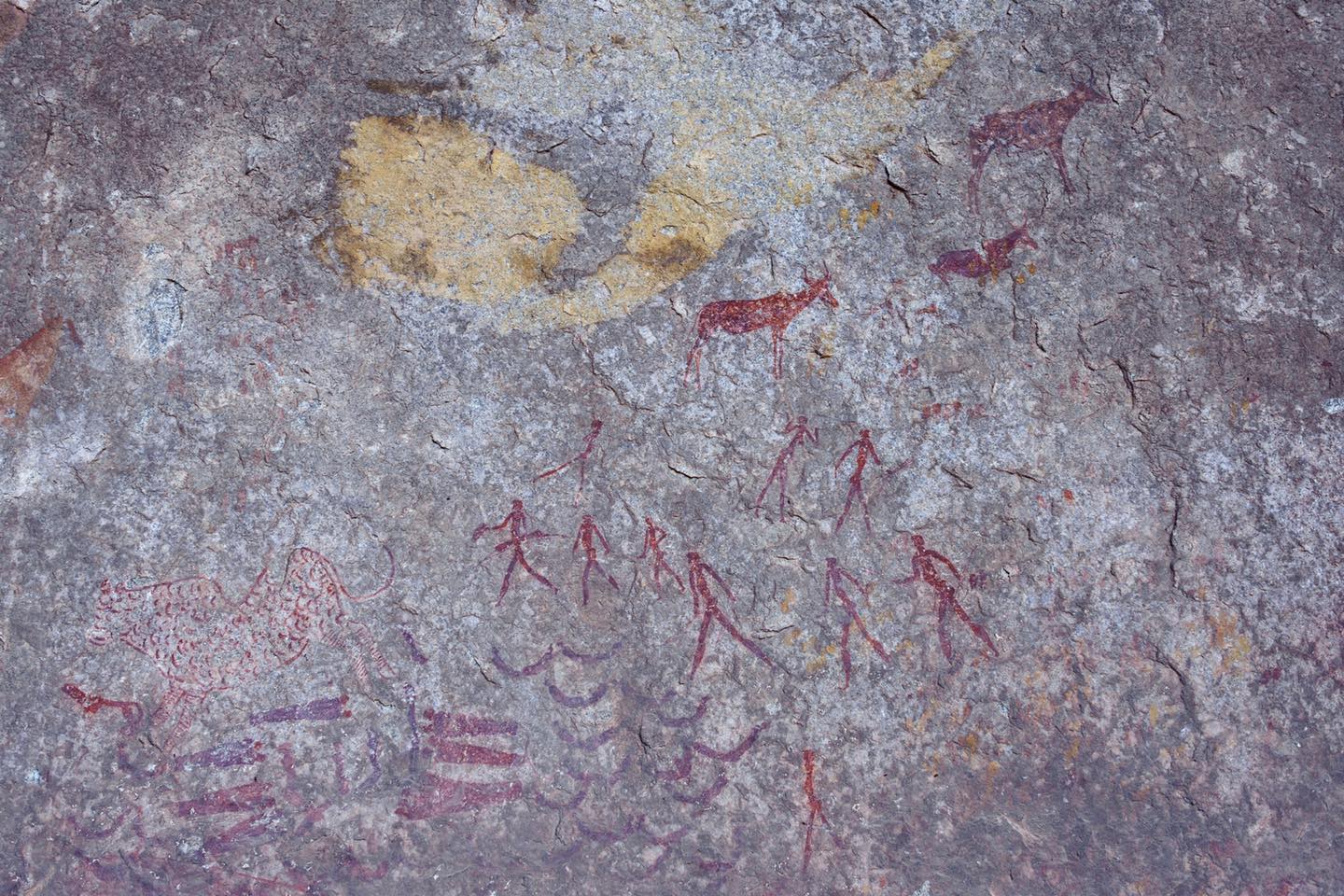 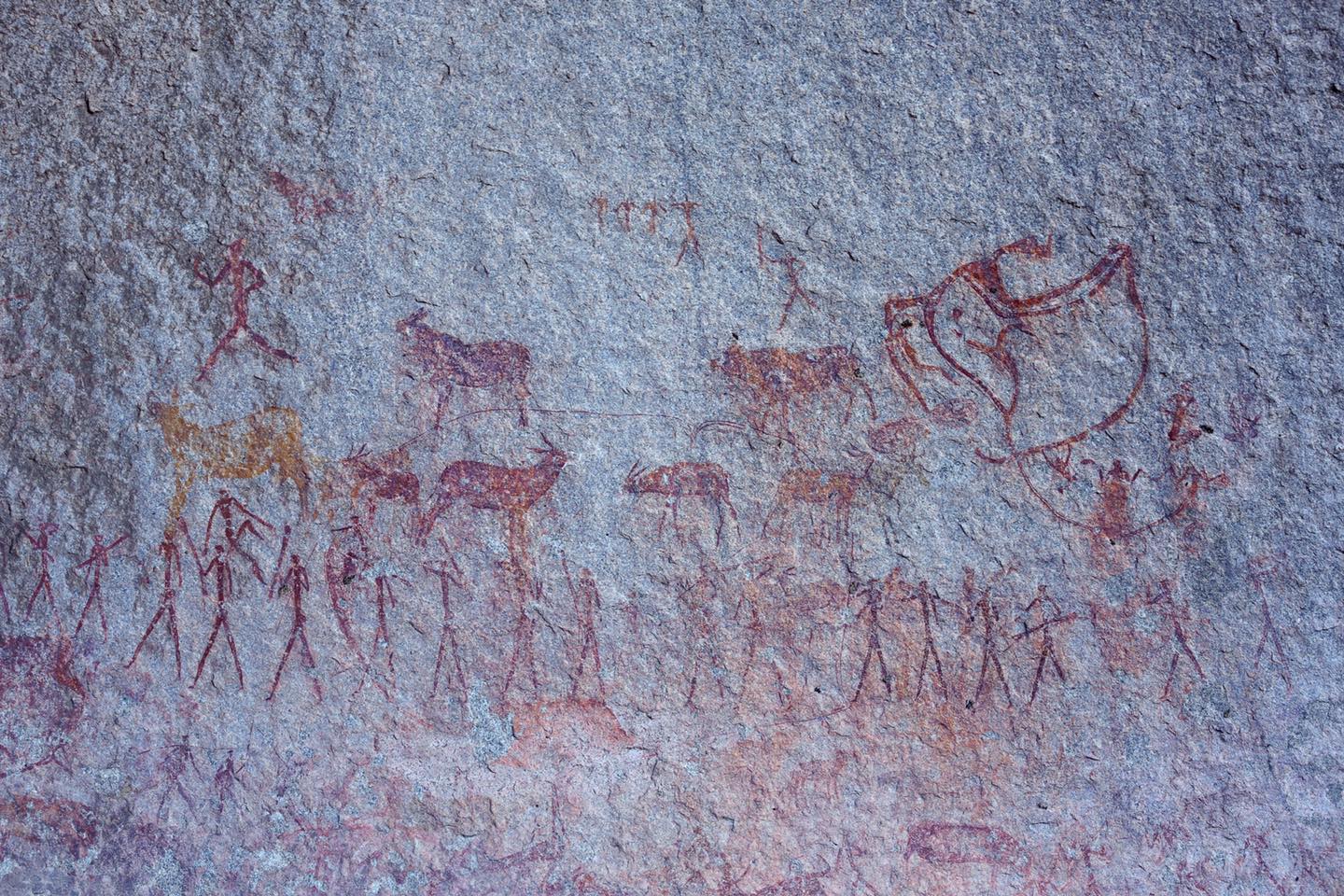 Maybe it was the cold front that had blown in a change of weather and was ruffling up something old and neglected within me. Maybe it was the rock paintings themselves? Painted by San artists who began to arrive in the area 13 000 years ago, painting the world around them as they as saw it until about 2 000 years ago; perhaps it was these paintings that stirred the desire to leave proof of being and seeing just as they had done? The Matobo Hills were named a World Heritage Site in 2003 in recognition of the landscape’s influence on early man and their artistic record of everyday ethnographies, spiritual beliefs, and rituals. Maybe it’s the hills themselves? Could they be magic? Whatever it is and however it works, I want to come back and spend much, much more time in these hills. I may even bring a paint set next time. 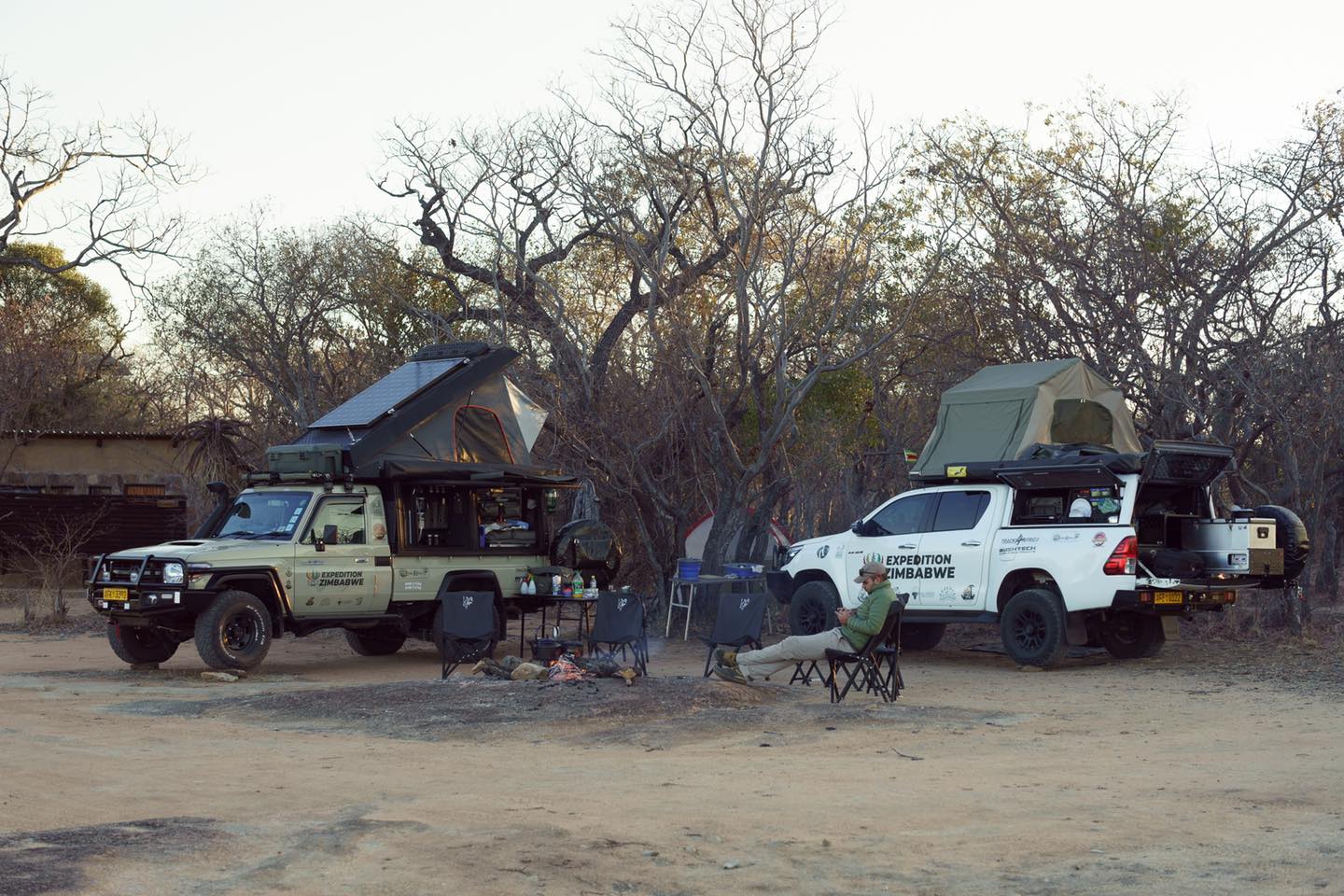 Matobo is somewhere that requires a good couple of days, say three at the least, to visit the caves and read the messages left by the area’s ancestors, climb the peaks, search for signs of rhino and leopard, acknowledge the many proud klipspringers that keep watch over the hills alongside the armed ZRP and ZimParks rangers, cast a rod, count black eagles, eagle owls, and ravens and just get lost in the time-warp between now and many many millions of years ago. Remarkably little has changed and that in itself is a reason to linger a little longer. 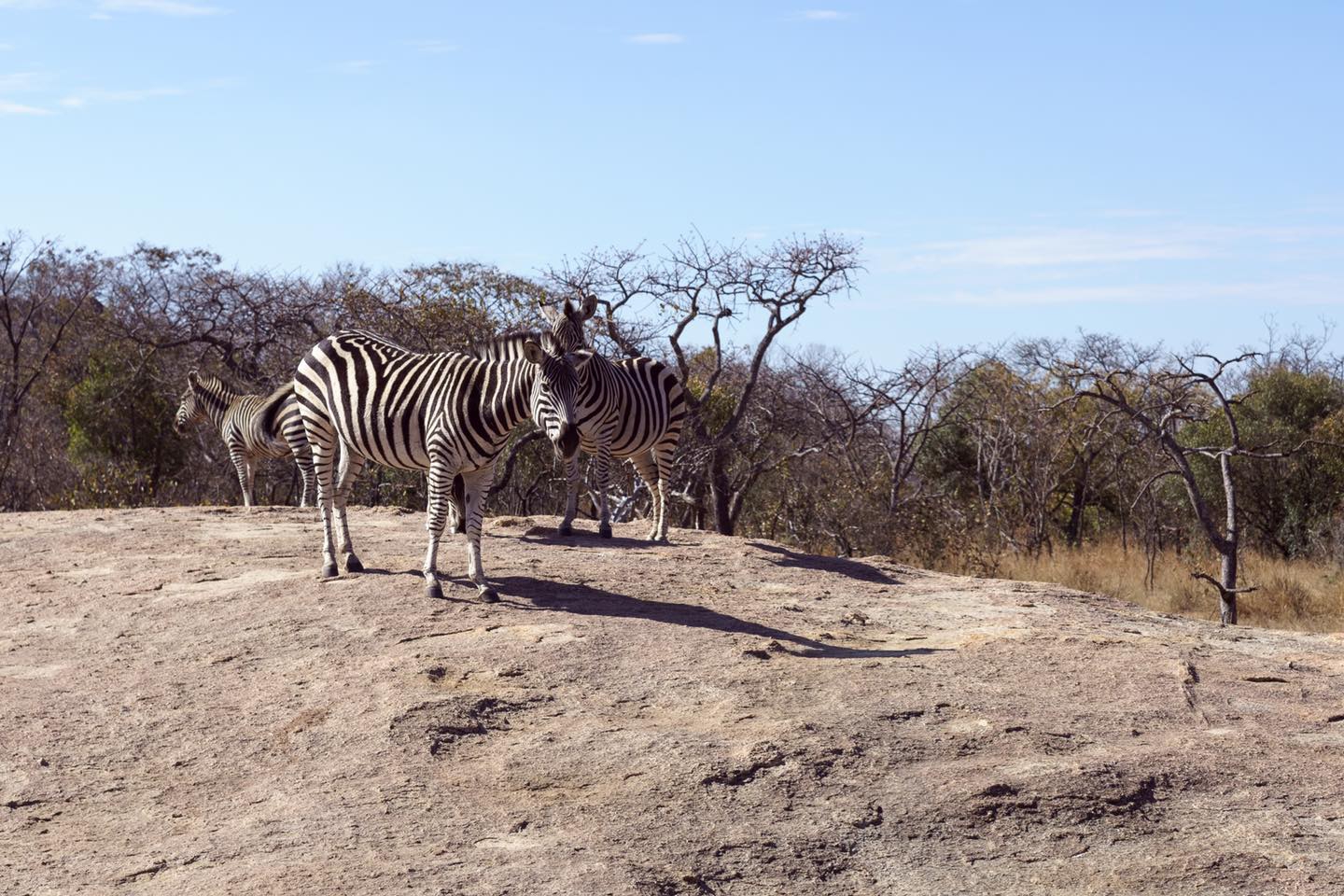