While most people know of Victoria Falls, Mana Pools, Great Zimbabwe and the Matobo Hills, very few remember other internationally recognised heritage site. Khami Ruins lies just west of Bulawayo and was once capital of one of the great precolonial Shona States.

The 35-hectare property includes an extensive complex of stonewalled sites along the banks of the Khami River just west of the modern city of Bulawayo. Whilst possibly not as imposing as the massive grey stone structures of Great Zimbabwe (its more famous predecessor), Khami is more picturesque and well worth a visit.

Its origins lie with the fifteenth century decline in the Great Zimbabwe State. As the former started to wane so a new leadership emerged in western Zimbabwe grabbing away the political and trading influence of its predecessor. Khami was the capital, the heart of the Butua State for nearly 200 years. Its elite, dominated by the Chibundule Dynasty whose leader was known as Mambo, controlled the rich grazing lands and gold, copper and salt mines of Matabeleland and adjacent Botswana.

About AD 1644 a family feud saw competing claimants for the throne and a crippling civil war erupted. The legitimate Mambo was overthrown and the deposed leader fought back with help from a Portuguese landowner/mercenary from Mozambique. Khami was attacked and some parts seem to have been burnt. Political power now slipped to the northeast where the Rozwi State would ultimately be founded, Khami would become a provincial backwater. 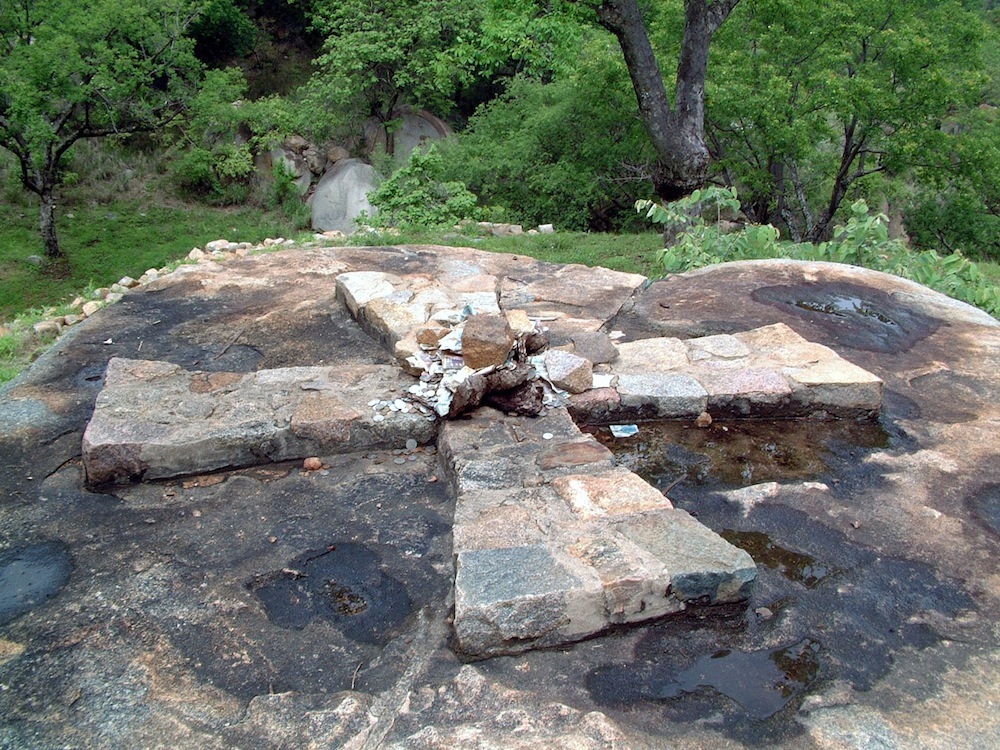 But enough of history, what is there to see? One of the principle features that marks the difference between the Butua State and its predecessor at Great Zimbabwe, is the formerÃ¢ÂÂs preference for terraced walling. There are few freestanding walls. These terraces, many profusely decorated, create stepped platforms on which the ruling elite lived out their lives. Their actual houses were built of clay, poles and thatch.

These stonewalls were built without cement or any other bonding material; it is careful positioning and gravity that holds them together. The blocks were quarried locally; natural granite weathering sheets were peeled off nearby rocky exposures. The exfoliation process was accelerated by using fire to heat the rock followed by very rapid cooling as it was drenched with water.

The ruins consist of several components and it is necessary to walk. Several cleared paths make this relatively easy but unfortunately there are few signposts and it may be necessary to take along a guide. It is hoped that this will change soon. A short guidebook has been written and can be purchased at theÂ reception.

While the stonewalls are the main reason for visiting this site, it is important to remember that the bulk of settlement was built of clay and thatch. Hundreds of house compounds filled the open valley where the current site museum stands. These were home to the majority of the settlementÃ¢ÂÂs 7000 inhabitants. They were the craftsmen, the ritual specialists and the military men who worked for the ruling elite. After decay remains of their houses are now underground, of interest only to the archaeologist.

It is the walled elite section of the town that attracts visitors. These stone platform may have been contemporary, all parts of a functioning settlement, but some may be somewhat later, reflecting the subsequent reuse of the site for political and religious activities.

The largest of the stone platforms comprises of three levels built along the banks of the Khami River. It was probably the home of the King and select members of the royal entourage. The imposing decorated faÃÂ§ade marked its main entrance, a sunken way up giving access to the top. Based on old photographs and the results of recent excavations, some of this terracing has recently been restored. It is probable that the Mambo would have lived in one of the clay structures on the hill. Others would have been domestic spaces, houses for some of his wives, meeting areas and ritual spaces.Â

The adjacent Cross Platform was probably the residence of a senior figure in the ruling elite; a close advisor if not also relative to the Mambo. It was only after the platform ceased to be a residential area that the mysterious Dominican Cross was laid down made from loose blocks of granite. Its origins are obscure.Â  It may be a victory symbol, marking the presence of the Portuguese mercenaries at the time of the townÃ¢ÂÂs sacking in the 1644. Whatever the truth the cross is widely respected, a spiritual site where some visitors remembering their ancestors and leave offerings.

The Northern Platform was seriously dug over by early White Settlers from Bulawayo. They were seeking gold. The processing of this yellow metal seems to have been a specialist craft of whoever lived here. 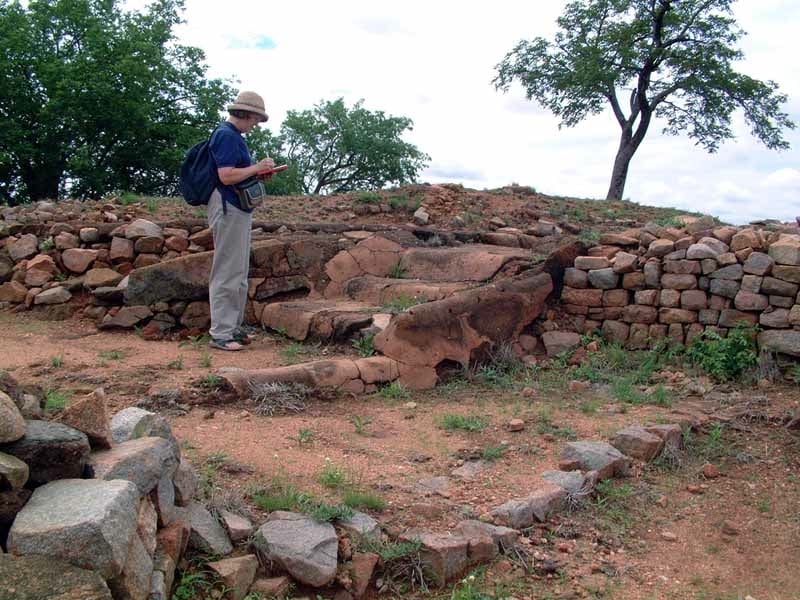 For most visitors with limited tie to spend this royal core of Khami is probably all they will see. It gives you a good idea of the site but there are several other stone platforms further afield. If you have time take a walk along the path from the site museum and along the banks of the Khami River. The thick riverine vegetation provides luxurious shade in the heat of the day and is excellent for birding.

The Khami Dam was built in 1928 as a water source for the growing town of Bulawayo. It is now decommissioned as the water is sadly polluted by waste from upstream. It was once a popular fishing and boating venue. May be one day when someone takes responsibility this environmental mess will be cleaned up and recreation can return. If you donÃ¢ÂÂt mind the green slim and smell it is excellent to observe a variety of waterfowl.

Towards the south of the property is the Precipice Platform. This is the largest of the stone platforms at Khami.Â  Built on a low ridge, it is now surrounded on three sides by water as a result of the construction of the Khami Dam. Its western wall is particularly impressive. As to its original function, this is still unclear. There is little archaeological deposit leading some archaeologists to speculate that it was associated with rituals and/or community celebrations. The natural rock gong, a slither of rock which when struck sounds like a bell, may once have been associated with the Precipice Platform, summoning people to gather?

The nearby Passage Platform set amongst the trees is one of the prettier parts of the site. Â A narrow central passageway accesses the oval raised area. Its entrance marked by several lines of darker stones. The presence of several clay house-floors and the remains of clay food storage facilities would suggest that it was for residential use. It would have been occupied by one of the elite officials of the Butua State, although some academics suggest it was a later occupation reporting to the Rozwi capital of Dhlo Dhlo near Gweru.

The first of the ruined platforms encountered by arriving visitors is the Monolith Platform. Â It has a well-built retaining wall and traces of several houses on its surface. It was probably residential complex for a member of the Chibundule elite. The large upstanding natural boulder dominates the site.

A small site museum at the centre of the site is currently being refurbished. Once complete it will provide useful background information on the area and the site itself. Here visitors are greeted and an entrance fee is payable.

Ask about guides from Natural History Museum of Zimbabwe.Â naturalhistorymuseumzimbabwe.com