Proteas Of The Eastern Highlands

Zimbabwe
The Eastern Highlands region of Zimbabwe is one of the most beautiful areas in the country. Well known for its stunning landscapes, it has a lot to offer the nature lover who is hungry to explore. The area has a wide vegetation profile due to its rich soils, high altitude and plentiful rainfall. One of the distinctive plants that are associated with the Eastern Highlands is the Protea. The Protea is a flower variety that is only found in Sub Saharan Africa and is quite abundant in neighbouring South Africa. It is a very diverse plant that has over one hundred subspecies.

Proteas are evergreen and grow naturally in other parts of the country as well and over the past forty years, it has also been grown commercially for export to Europe.  The main species of protea found in the Eastern Highlands of Zim are:

•             Protea Angolensis – This is also known as the Angolan Protea. It is a shrub size tree that grows up to about 60cm. It often occurs in wooded grassland terrain. It is a common variety that flowers after the rains between April and July. 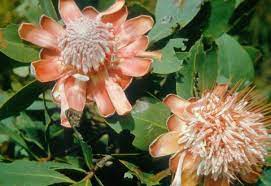 •             Protea Caffra - the Protea Caffra is also known as the common Protea, but also in Zimbabwe more popularly as the Manica Protea or Mubonda in Shona. It is native to Zimbabwe. The plant is a small tree that also occurs in wooded grassland, often on rocky edges. It has beautiful bluish-green =leaves; the flowers grow to a diameter of 15cm. The flower has a Pinkish reddish inner bulb while the edges or outer bracts are usually brownish. Click here for an informative video about the Manica Protea. This protea favours valleys and slopes like areas so it is a common sight in the mountainous border locations such as Chimanimani. 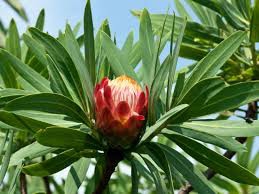 •             Protea Petiolaris -  This particular Protea is also known as the Sickle Leaf Sugarbush This Sugarbush has the unmistakable feature of leaves that droop.   It is also found in the following countries, Zambia, Angola, DRC. Its usual habitat is woods and high altitude grasslands. The plant of the   Protea Petiolaris can grow up to 8 metres in height and it is known to flower between November and March. 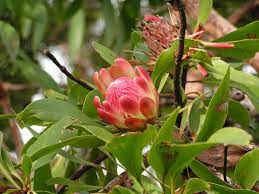 •             Protea Welwitschia – This is a species of shrub that usually occurs in bushveld and grassland areas. The tree grows up to 3 Metres. It is well known for its creamy white and very hairy flowers. It is sometimes mistaken for the Protea Gaguedi. 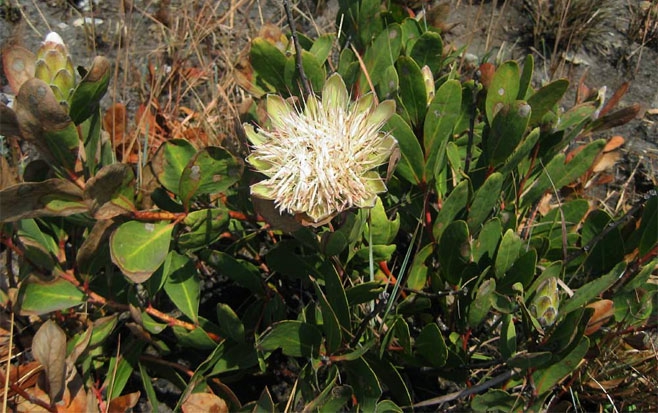 All the above types can be found without much effort in most parts of the region and particularly if one goes on walks in untouched woodland areas, Parks areas etc.

The less common varieties found in the Eastern Highlands area are as follows:
•             Protea Asymmetrica – It is a small shrub, growing up to 1.5 m, named for its typically asymmetrical flower heads. The main population consists of a dense colony in coarse grassland, but smaller populations are known from Mt Inyangani and the Ringing Rock Botanical Reserve on the Wattle Co estates near Mtarazi. 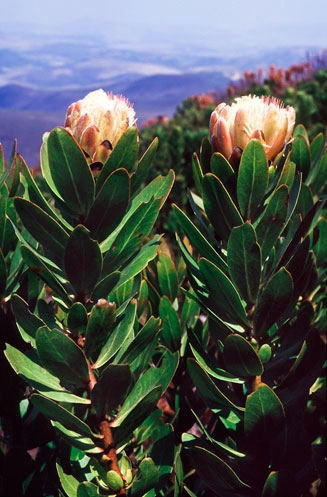 •             Protea Dracomontana -  This protea is also known as the Nyanga protea or the Drakensberg sugar bush It is only found on Mt Inyangani. This is a shrub that grows up to 1.5 metres high and blooms mainly from January to March. 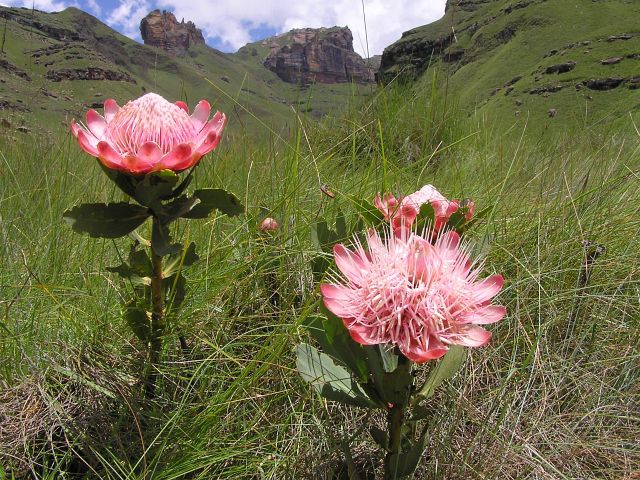 Protea Enervis – This species is found only in the Chimanimani mountains
The Eastern Highlands has so much more flora and vegetation and visitors should look forward to very rich nature walks and do remember to bring a camera!


Where to stay when in Nyanga – National Parks Lodges/chalets; Far and Wide, Montclair Hotel, Pine tree Inn, Rhodes Nyanga Hotel and Troutbeck Resort. If you are visiting the Chimanimani area you can stay at Frog and Fern Cottages, Heaven Lodge and National Parks 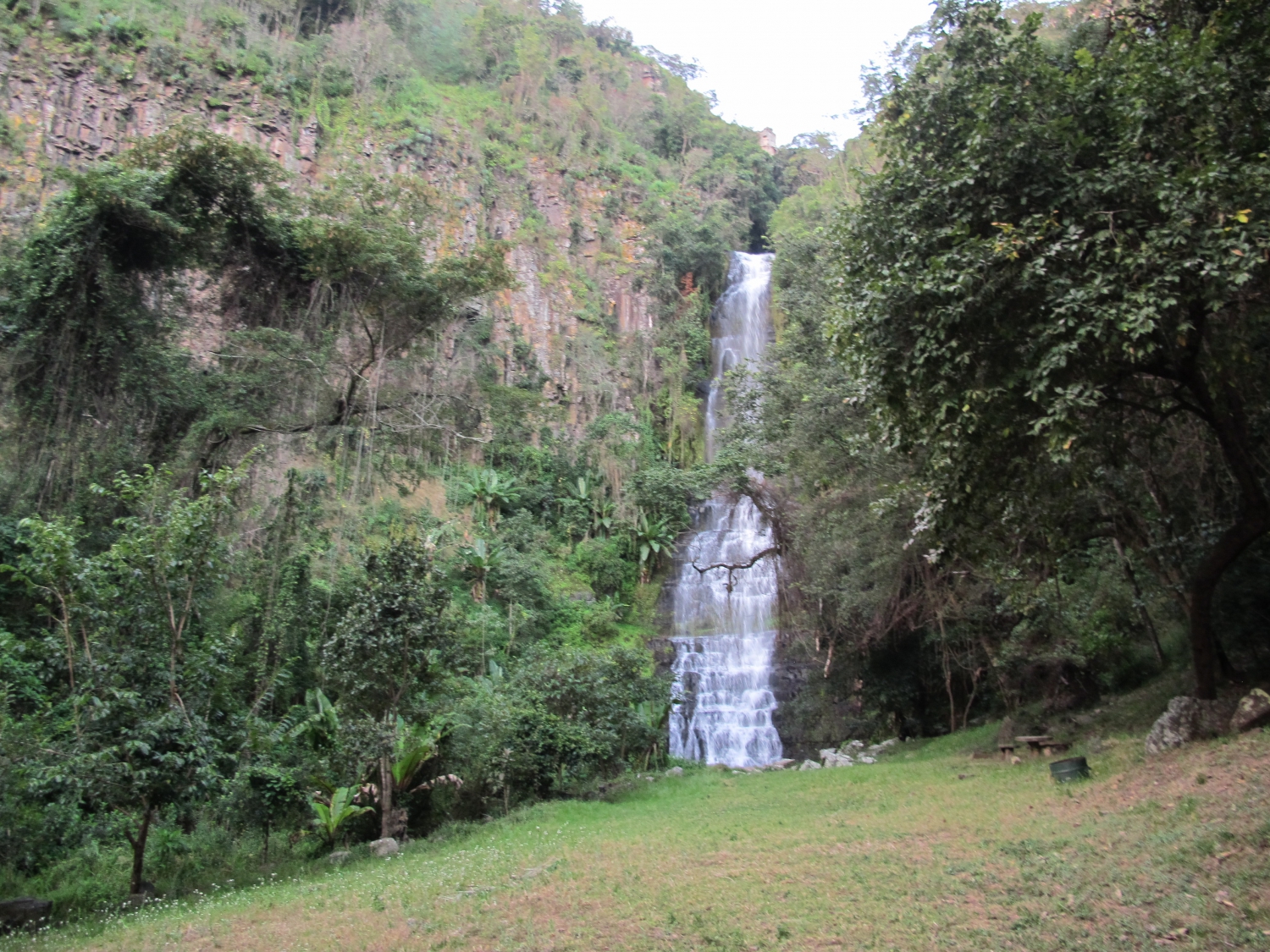