Zimbabwe
Cave exploration is a very interesting activity which often leads to some fascinating discoveries. Many people associate caves with bats and creepy crawlies but there is much to be learnt from these relief forms from geological facts as well as historical and cultural insight. Here are some of the caves to explore in Zimbabwe.

Chinhoyi Caves
The Chinhoyi caves are the most popular caves in Zimbabwe. The Caves are a geological feature which is found in Chinhoyi, a small town in Mashonaland West province. The caves themselves are a series of limestone caverns which stretch for several miles. Deep inside the main cave is a semi-transparent bluish pool which is deemed sacred. Stepping down into the caves they will strike first timers as dark and eerie, giving a sense of some mystery about them. So much is said about the pool but one of the popular stories is that a local chief (Chief Chinhoyi) threw some raiders who had attacked his community, so it is named the Pool of the Fallen or ‘Chirorodziva’.  Those who are brave can go deep diving in the pool. It is believed the caves and the area around them were inhabited for hundreds of years. There are grain bins in the area, which are proof of this. The Chinhoyi caves are a recreational Park which is perfect for a day trip visit or a place to stopover when proceeding to Kariba or Mana Pools.

Ngomakurira Domboshava
Ngomakurira Mountain is located in Domboshava about 30 kilometres from the city of Harare. The mountain is located in a rural area that has evolved into a vibrant peri-urban agricultural centre in the last decade or so. It is a mountain surrounded by some hills and caves which have cultural significance to the locals. The caves were used as a site for rainmaking ceremonies in the old days. The name Ngomakurira means ‘drums beating’ – much has been said about the origin of the name but many believe the sound of beating drums can be heard at night. The site is recognised as a National monument because of the Bushman paintings which are found in the caves. However, many visitors just fall in love with the beautiful views, as it is a scenic hiking route to the top. At sunset one can capture some lovely views of the surroundings. There is an interpretive centre at the site where visitors can learn a little about the area, the history and culture of the area.

Matobo Caves
The Matobo National Park in Matabeleland is an area that is known for its rocks and boulders. The granite hills and kopjes which cover miles and miles are now the sanctuary for wild animals but the caves in this area were once inhabited and there is a lot of evidence to prove this. Cave exploration in the Matobo region is very interesting as there is plenty of archaeological evidence in the form of rock paintings, ancient grain bins, caves where people took shelter from attacking tribes and so forth. There are a number of ruins dotted across the region which date from the Iron and Stone Age. One of the popular caves is called Njelele.

The Njelele Shrine is located in the southern most parts of the Matobo National Park. It is one the top Rainmaking shrines in Zimbabwe. It is sacred to those who follow the African Traditional Religion; spirit mediums convene here to conduct rain making ceremonies to ‘ask for the rains’ from ancestral spirits. Njelele is also called Mabweadziva or Matonjeni. It The caves and hills in Matobo are also important because of their geological value, years and years of climatic processes have seen some interesting results of Mother Nature’s work such as beautiful rock formations. 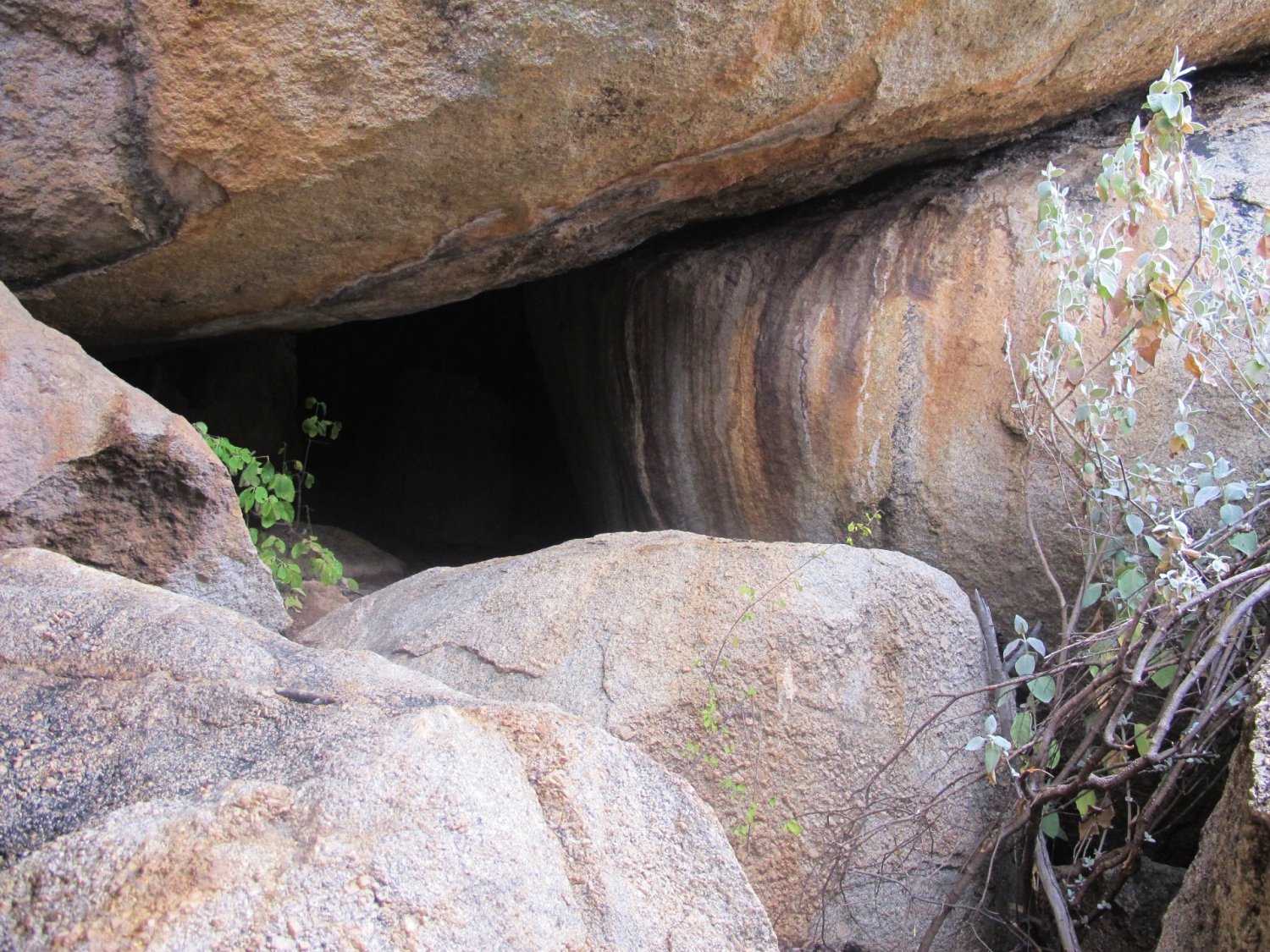 Where to stay – Shashani, Matobo Hills Lodge, and Camp Amalinda

Chimanimani
The Chimanimani Mountains are well known as one of the best hiking destinations in Zimbabwe. However, not many people know that there are some fascinating caves in the area as well. Those who have hiked up the mountains on multi day trips may take the time to do some exploration of these caverns. These are places which can only be accessed on foot and there is considerable beauty to behold and much to learn from the geology and plant life. An interesting excerpt giving details about the cave network in the area;

“According to the South African Speleological Association* in a 1994 report, the Chimanimani mountains “rank alongside the mountains of the Roraima Formation near Bolivar, Venezuela as one of the most important deep sandstone/quartzite caving areas in the world.” The Chimanimani mountain range is a massive ridge of pre-Cambrian quartzite (compressed sandstone), rearing up out of the earth on Zimbabwe’s eastern border. The towering, rounded peaks gleam ghostly pale at full moon; the rock itself is quite different to the surrounding countryside. Hikers in the National Park find overnight shelter in well-known and easily accessible caves along the trails and waterfalls, but the mountains hold more than stone-age shelters on the surface. The deepest shaft cave system in southern Africa was discovered in these mountains and six caves were mapped in 1993.…..”
Source – https://chimanimani.com/about-chimanimani/

Where to stay – Frog and Fern Lodge

N.B Speleology is the study or exploration of caves

Bumbusi National Monument
The Bumbusi National Monument is a little known historical site located close to Hwange in Matabeleland north. The site comprises historical ruins and unique rock shelters. Bumbusi is important to the Nambya people a tribe which resides in these parts.   They have been on a drive to ask the government to assist in the preservation of this site which has been threatened by animal activity because is not well protected by fencing or other security.

An Archaeological excavation in the year 2000 uncovered the ruins of the earthen floors of 18 homes, several with traditional game boards set into them. Although much smaller in size, the architecture at Bumbusi is reminiscent of other stone forts found in other parts of the country. Some of the interesting things to see at Bumbusi Cave include rock engravings of animal spoors and paintings depicting the way of life of the people who lived here long ago.

Where to stay - Bumbusi Wilderness Camp.

Chikupo Caves
The Chikupo Cave is a national monument found in the Bindura area of Mashonaland Central in a rural communal area. It comprises three caves which have rock paintings and other archaeological evidence. Chikupo is further down from Ngomakurira and the two may be visited in one outing for those who are keen to see more. 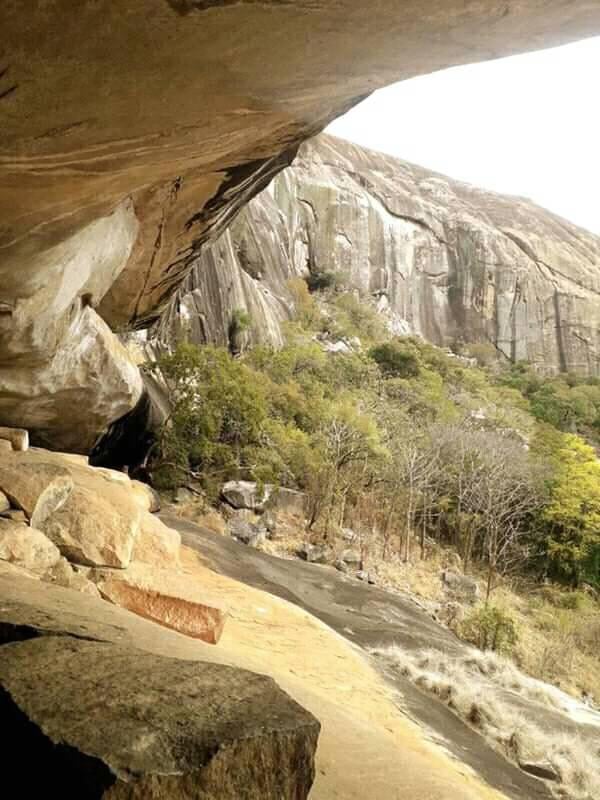 I hope this article has piqued your interest enough to grab your hiking shoes and go exploring.